December 6th, 2014: a wonderful day. I wrote “The End” on the first draft of my fantasy novel, provisionally titled Tsifira. It was the culmination of (cough) years of work. But the work was only beginning… 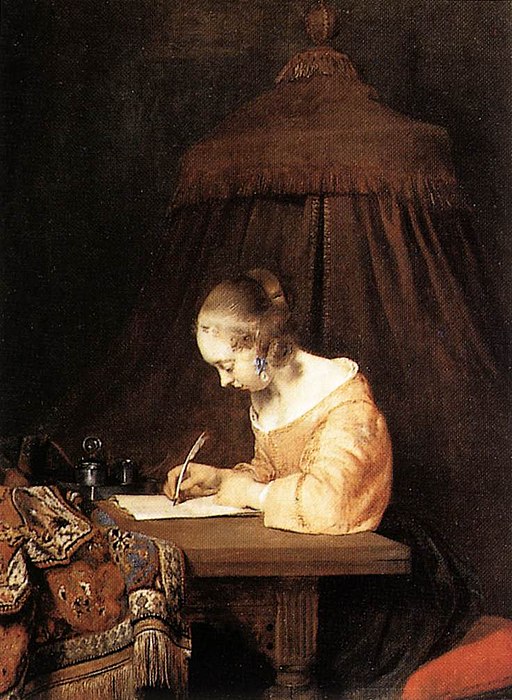 After spending six months on another project to clear my mind, I turned my attention to redrafting Tsifira. (I feel a bit silly calling it that, since that is the one title I can pretty much guarantee the finished book won’t have, but there it is. Working title.)

To prepare for the epic task, I had a week off, and then spent three or four weeks reading up craft books and taking notes on how to tackle it. And then I began.

Since I think best in long-hand, I had written the whole novel that way: filling seven 120-page exercise books. (Next time I shall just buy a ream or two and be done with it. I can count quires instead of volumes.) Typing it up, I assumed, would be a mere formality, a prelude to the actual work. After all, anyone can type. 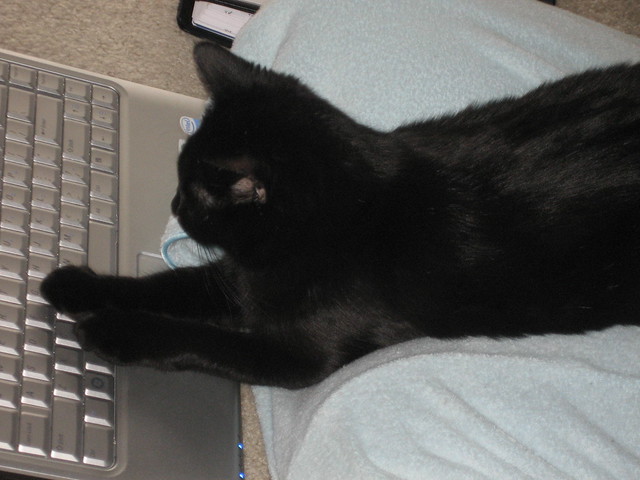 Cats use hunt-and-peck; or rather, hunt-and-pounce.

I had reckoned without the sheer bulk of the thing. I can type up the text three to four times as fast as I wrote it, but…
I did the maths. Six pages was an average day working long-hand; twenty is a good day typing up. Seven 120-page exercise books contain 840 pages. Divide by 20 (pages per day) and that’s 42.

42 working days to type up the novel. Doesn’t sound like a lot, until you call it eight and a half weeks, and drop eye surgery in the middle of it.

Or, to look at it another way, since my typing speed is 60wpm, and the manuscript is approximately 158,840 words, typing it up should take about 2,647 minutes (and twenty seconds) – a little over 44 hours. That’s less than two days! assuming I don’t stop for tea, sleep, turning the page, or trying to figure out what exactly that squiggle says.

Suffice it to say that I began the typing up on the 29th of July, and I still have two and a half volumes to type. I am hoping to finish the lot by the end of October. I am also hoping never to write any draft so long again. I have finally understood the brilliance of early writers who did most of the drafting in their head, and only wrote down something already shaped as close as possible to the final form.

But every time I find myself frustrated by how long this process is taking, I remind myself that I have learnt a massive amount through it, and will no doubt learn more before I have finished with it.
And then I carry on typing.

3 thoughts on “The Quotidian QWERTYUIOP”