50,000 words is a lot. I don’t know why exactly the NaNo people picked that exact number, but I went along with it. My final word count – well, that depends. (Lesson #11: I am better at writing than maths.) I made a note at the end of each session of how much I had written, and at the end of each day I added them up and then added them to my running total.

So far, so good. But here’s where it gets weird. Adding those daily totals together in a spreadsheet produced a different total to the running total in the planning document. Thinking myself terribly clever, I cunningly checked them against the actual number of words in the text, only to discover that that was a different total again.

So, the final word count is somewhere between 51,244 and 51,445, neither of which is shown in the chart below. (Chart made with LibreOffice and technical helpdeskry from the Caped Gooseberry.)

Not exactly the steady progress of the professional writer, is it? Allow me to decode.
First week: all went well. Knitting-in-order-to-think is a lifesaver. That spike on day four is largely due to the fact that I was editing a scene I pulled from the first draft, rather than writing a new scene altogether. It helps.

Second week: lower totals, but hanging in there. By this time, the Caped Gooseberry’s bronchitis was in full swing, and the completely missing day mid-week may not have been totally unrelated to a certain large country’s election results coming in.

Third week: Well. You see that tiny little snibbin of a blue dash, just above the 15? That’s Monday the 14th. 61 words. In my defence, I was shelled out of my bed just after midnight by a 7.8 earthquake and didn’t manage to doze off again until after dawn (for an hour or two). Despite the ongoing aftershocks, I decided I had to get some work done. 61 words was all I managed.

You might charitably suppose that the total emptiness of the following two days was due to ongoing aftershocks, but not really. Tuesday I spent in preparation for Wednesday, when I drove the Caped Gooseberry down the recently-reopened motorway to have his wisdom teeth out. (OK, I spent part of Tuesday in preparation. The rest was spent keeping an eye on earthquake updates.)

By Thursday of week 3 I was about 7,000 words behind, and starting to panic. I managed to write a reasonable amount in between changing the ice-packs on my dearly beloved’s distorted face and bringing him soft things to eat. Mercifully, on Friday I was able to use another section of the first draft (suitably rewritten) which did a great deal for the health of the word count.

From there it was just a matter of steadily trudging on, scene after scene, one bite at a time. What happened on Monday 28th I don’t know. It was a beautiful day, I felt good about the story, it was gathering momentum – and I just couldn’t get going. I scraped through 761 words in the morning, had other commitments in the afternoon, and spent the evening in that unpleasant condition where you know you should be doing something but you’re too tired and the more you fret about it the more tired you get. (And then you go to bed and lie awake for hours.)

Of course, I had a scheme of rewards planned out to boost the motivation: settling down with a book once I’d hit the word-count for the day (but not before); and three chocolate mint biscuits for each 10,000 word milestone. I also had three rules: make a pot of tea, commit the work to God, and think before writing. (I arranged for some plain knitting to facilitate this, resulting in approximately 4,737 stitches knit, though not all during thinking-time.)

Committing the work to God was a big one for me. I have been trying to make a habit of finishing what I start, and writing is an area where that wasn’t happening, despite my assurance that this is what God wants me to be doing. So for me, this was not just a test to see if I could do it, or a natty way of breaking the back of the second draft. It was an act of obedience. And as is so often the case with obedience, productivity results.

I am glad to find that I can be this productive, and I have every intention of carrying on with it. Not, perhaps, to the same extent (reaching 2,500 words per day involved a certain amount of robbing Peter to pay Paul) but something close. Maybe 1,800 words per day, or 2,000. The point is to be making steady progress (Exhibit A: Week 4, above). 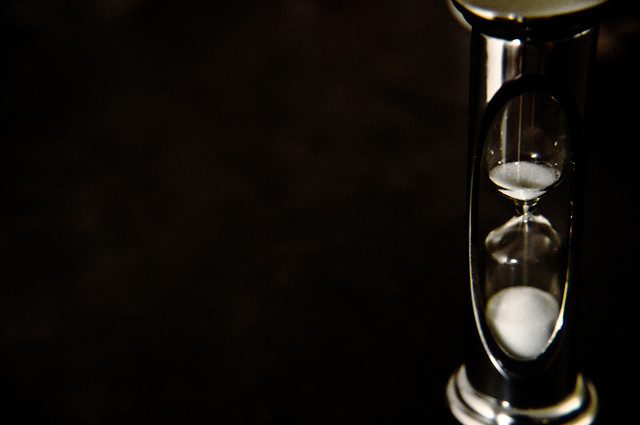 Today is the last day of November, my last chance to reach the target of 50,000 words. What do you think – will I make it, or won’t I? 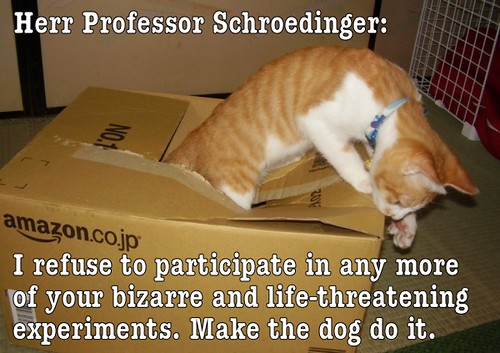 So perhaps perseverance is more of a magnifier than a virtue in and of itself. “It might have been a stupid thing to do, but at least he persevered with it,” – said no one ever.

But perseverance is an important quality, nonetheless, because you won’t get anywhere without it. It is cousin to self-control and part and parcel of being a grownup. None of which makes it easy. Trust me – I struggle with this one as much as the next person.

For me, at least, it’s not a problem with quitting too easily. Not-deciding to call it quits and let go is easy for me – it doesn’t require me to do anything at all! But that’s a passive perseverance: it doesn’t actually get you anywhere (except buried under a pile of unfinished projects. Ask me how I know…).

It’s positive perseverance that I struggle with. When the project sits on my desk, or by my chair, large and looming, its unfinished-ness bulging in all directions, it’s easier to just do something else. After all, with a big long-term project, what’s one day here or there? Except every day is, when you look at it, just one day.

It’s so easy to decide that the amount of work you can do in that one day won’t even be noticeable next to the enormous mound of work remaining (which may well be true) and that it’s not worth the struggle of doing it; it won’t make any difference (which is false).

Back in May 2013, I decided that I was going to get a move on with the WIP or it would take me til 2020 just to finish the first draft. Several plans later (I’ll spare you all the links, but it’s all in the archives if you’d like to watch it unfold in fascinated horror) I finished the first draft, in December 2014. It is now November 2016, and I am perhaps a quarter of the way through the second draft.

Not Good Enough. Of course, there have been distractions, delays (moving house, anyone?) and other projects, but still, for a full-time allegedly professional writer, it stinks.

I have, therefore, decided to move my perseverance from the ‘passive’ setting to the ‘active’ setting by attempting a sort-of NaNoWriMo – a PseuDoNaNo, one could call it – in which I endeavour to write 50,000 words of second draft (should be about half the total, I calculate) during the month of November. 2,500 words a day, Monday to Friday.

The provisional plan after that is to rewrite the last quarter (the easiest bit to write, the first time around) in December, give it a polish, and then get it out to beta readers early in the new year.

I have no idea how long the path to publication will take (editing, typesetting, cover design etc etc etc) but I am hoping that the last sun of 2017 will set on me as a published writer. (More published than I am now, anyway.)

I have been working on my preparations and creating buttresses for my weak points (most notably the dreadful twin habits of writing before I think, and writing a scene on and on til it dies of exhaustion, which were between them largely responsible for the bloated size of the First Draft) so I think I have a good chance of succeeding, as long as I – you guessed it – persevere.

“See first that the design is wise and just;
that ascertained, pursue it resolutely.
Do not for one repulse forego the purpose
that you resolved to effect,” as Shakespeare didn’t say.

I intend to keep blogging throughout November – though not, you will be happy to hear, with endless updates on the writing process – and I promise I will let you know how it all went come December.

Wish me luck! or rather, no, wish me perseverance.